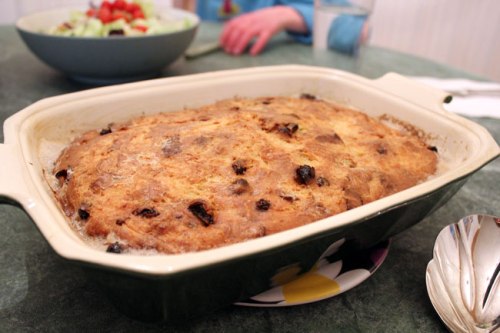 Happy French Friday!  This week’s French Friday’s with Dorie recipe generated quite a bit of spirited discussion and apprehension.  A look at the ingredient list might give you a clue why:

This side dish is a savory version of a classic French dessert, Far Breton.  The problem is, I have never had Far Breton, so I had no idea what to expect.  I think the whole problem us Doristas had was one of expectations.  When you don’t know what to expect, it’s hard to imagine something good with the ingredients listed above. 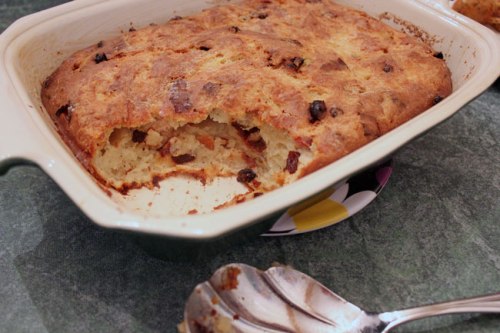 So, with trepidation, I made Salty-Sweet Potato Far.  While I had no idea what to expect, the end resulted turned out nothing like I had imagined.  It was good!  My husband liked it too!  In his words, “We have had far worse French Fridays dishes than this”. 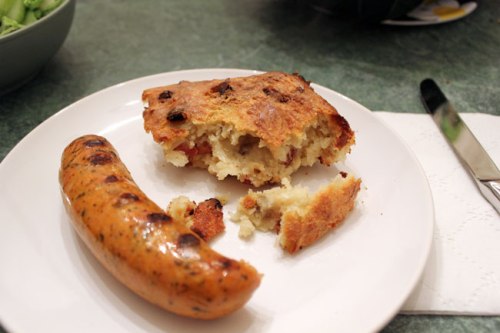 To enjoy this savory far, you need to think of it more as a moist bread than a potato dish.  A moist bread studded with yummy bits of bacon, and sweet bits of raisins and prunes.  I can picture this as part of a brunch, served alongside an egg dish and fruit.

Want to know what the other French Fridays with Dorie participants thought of Salty-Sweet Potato Far?  Check out the results here.