Happy Friday! For the last two weeks I have been caught up in the vortex that is Spring Break. Whenever my daughter is on break from school, the routines get disrupted such that I feel like I only accomplish the bare minimum. In fact, I feel quite lucky that this post is getting written at all. It helped that the recipe of the week for Cook the Book Fridays was an easy one.

A large part of Spring Break was spent visiting my family in Seattle. It has become a bit of a Spring Break tradition for my daughter and I to spend some time there. We had a lovely visit and I even squeezed in a CtBF make-up recipe!

First we’ll talk about the recipe for this week, then we’ll discuss the make-up. 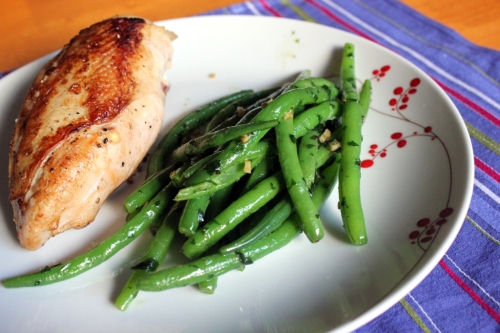 Green Beans with Snail Butter had a hard time making on to the Cook the Book Fridays schedule. I think people took one look at the title and thought the butter was made from snails, but in reality it is the garlicky butter generally put on snails. Big difference!

This was a great recipe. Steamed green beans are simply tossed with a generous amount of butter, garlic, parsley, salt and pepper, and a squeeze of lemon juice. It couldn’t be easier and it couldn’t be more delicious. This was a hit with my whole family and may even be my new favorite green bean recipe. 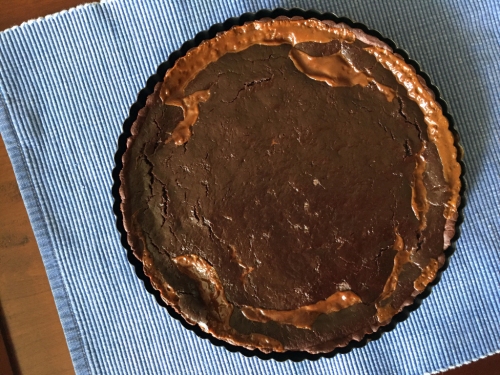 I think I have mentioned before that my Mom is cooking though My Paris Kitchen with us behind the scenes. Chocolate-Dulce de Leche Tart is one of the few recipes neither of us had made yet, so we took the opportunity to make it together for a family dinner while I was in Seattle.

We had one problem with this recipe: the chocolate filling was very jiggly when the baking and resting time was finished. I decided to turn the oven back on and bake the tart for an extra ten minutes or so. That did the trick, but it also caused the dulche de leche to bubble up and parts of the chocolate filling to crack. Later, when we sliced the tart, I noticed that the distinct layers shown in the book did not really exist in our tart.

No worries, the minor problems we experienced did not diminish our enjoyment of this dessert. The tart was delicious! We chilled the leftovers and found that the filling got fudgier. I think I liked it even more the second day than I did the first. Another winner!

Both these recipes can be found in the cookbook, My Paris Kitchen, by David Lebovitz.

10 responses to “Green Beans with Snail Butter + a Tart”